Help Us Change the Course of OKC! 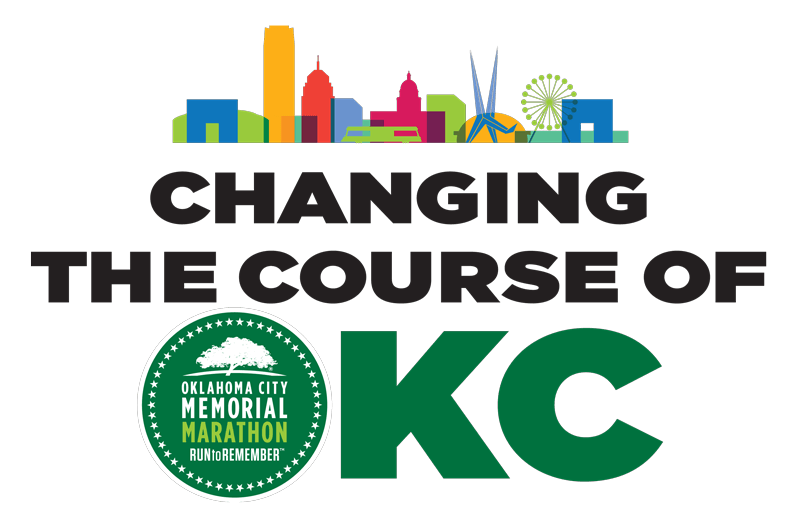 As our city continues to change, we are asking you to join us in Changing the Course of OKC. With the development of the streetcar system, a new downtown park and so much new growth along the course, we have listened to runners and are changing the course of the Oklahoma City Memorial Marathon in 2019 and 2020.

The Start Line remains the same – in front of the OKC National Memorial & Museum, reminding everyone Why We Run to Remember… but the Finish Line changes. Runners have loved ending in Automobile Alley for 18 years and we have all enjoyed watching that section of Broadway transform to what it is today. However, the race has simply outgrown the space and organizers don’t want to become any more of an impediment to thriving small businesses. The Memorial Marathon is so grateful for all the Automobile Alley merchants have done to accommodate the race, but as the city changes, the Marathon course has to change with it.

The Finish Line for 2019 will be at the corner of Hudson and Sheridan – the southwest corner of Devon Energy.  In 2020, the five races of the OKC Memorial Marathon will finish at the new Scissortail Park.

This allows the changing of the course and testing it ahead of the Marathon’s 20th Anniversary in 2020. The highlights of the new course include running south on Robinson to Reno – west on Reno to Walker, south over the bridge and past Little Flower Church, then east on Southwest 15th in-between what will be the new Lower Scissortail Park and the Oklahoma River. Runners will then turn back north on Robinson to see the sun rising over downtown Oklahoma City and then turn east at Chesapeake Arena through Thunder Alley. The course then resumes the same course as past years along Sheridan to Lincoln. One small change on Lincoln: at 18th Street runners will move to the east lanes and under the 23rd Street Tunnel. Runners will continue along the newly redeveloped 23rd street corridor until Walker, north on Walker then east on 25th.  They will stay on 25th and then north on Robinson to Sparrow Park.

Other major changes on the course include Marathoners going along Britton to Pennsylvania – but they will not run to and along Lake Hefner. The Marathoners and Half Marathoners will run parallel streets (Classen and Shartel) from 18th to 4th street where all runners will rejoin on 4th Street running east, then turn south on Hudson heading to the new finish line just past the crosswalk between Devon Energy and Bank of Oklahoma tower. 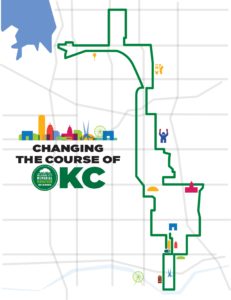 This new finish allows the runners to run on one of the widest corridors in downtown and finish just outside Myriad Gardens, where there will be a wonderful outdoor concert, food, finisher shirts and all of the other amenities needed following a race of this magnitude. They will also be within walking distance to almost every downtown hotel.  The Streetcars and EMBARK busses will be running as well to help move people around Oklahoma City. 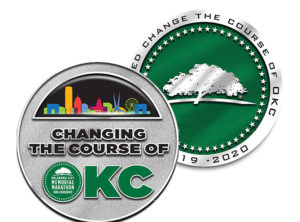 The 5K remains one of the largest 5k races in Oklahoma, and its course will change as well – running through downtown, Automobile Alley, through a downtown neighborhood and crossing the same new Finish Line at Devon. The details of the course will be released in the next several days.

The Kids Marathon will take a different route this year to avoid construction and the changes to the new Marathon route, but will still be an incredible downtown race among the skyscrapers and end in the beautiful newly redesigned Kerr Park, as it has the past two years.

All of this leads runners to finishing in or near the new Scissortail Park in 2020 where they can enjoy a festival atmosphere and gather with family and friends to celebrate their accomplishments as they #RUNtoREMEMBER.

Of special note, the new course is being illustrated and will be on display in the Devon Tower glass vitrines along the Finish Line on Hudson. Throughout September there will be six different murals installed that will show the new OKC Marathon course. The Marathon and Devon commissioned the artwork by local artist Arjan Jager. Watch the Memorial’s social media for the installation of these pieces throughout September! These murals will stay in place throughout race weekend.

This is a lot of change, but Oklahoma City is changing and we want you to be a part of it! Come help us change the course of OKC! 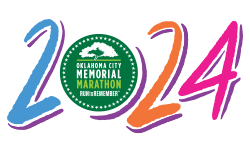